anyone ride in iowa 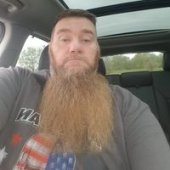 By rodknocker1,
March 30 in Midwest ATV & Off Road Forum