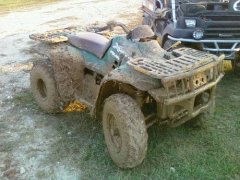 By DJLime
April 8, 2009 in ATV Picture and Video Sharing