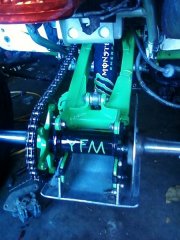 By atvredefined
August 12, 2008 in General Talk - Anything Goes!