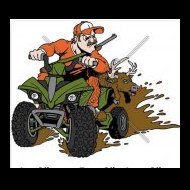 Got out to do a little hunting set up.