Do You Use GPS For ATV Trails? 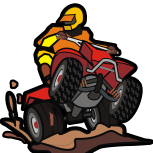 Does anyone use GPS, whether on a device or app to record their ATV trail rides? I have been thinking about a section where our members can upload let's say a .gpx file and share their rides on a goog 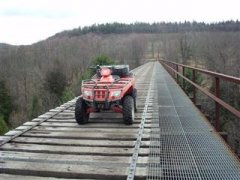 AOAA only provides their maps for using a gps is via the maprika app on phones, which I always do not like to use on the trails. (the phone that is) They do have paper maps at the trailhead, but I was

I use a Garmin Oregon 450, it was about $450 back in its day, but its been reliable and does resist water, One feature I like is it can display custom maps. Using the software I mentioned above, I can